A Concise History of the
Antique Automobile club of America

The AACA was formed from among a small group of men who attended Antique Automobile Derbies that had began, in 1931, in connection with the Automobile Show in Philadelphia. After the fourth such Derby, Mr. Frank Abramson and Mr. Theodore Fiala conceived of the idea to form an antique automobile club from among the previous year's Derby participants. They approached Mr. Jack Dlugash, promoter of the Derbies, for the participant's names and addresses, which he gladly provided. Their letter, dated September 20, 1935, successfully interested these people in forming such an organization. A meeting was held on November 4, 1935, in the auditorium of the Automobile Club of Philadelphia. Attendance included the fourteen founder members, plus the wife of one. Thus was born America's first historical automotive society, the Antique Automobile Club of America.

The Club's first President, Mr. Frank Abramson, served the first three years. At a March 16, 1936 meeting, automotive pioneer, and AACA honorary member, Mr. Charles E. Duryea was scheduled to speak, but had to withdraw due to illness. Mr. Duryea and his brother, J. Frank Duryea, had created America's first commercially successful automobile. This same year a constitution was drawn up and submitted to the membership for approval. Unfortunately, Charles Duryea passed away September 28, 1938. Mr. George M. Hughes was elected President in the fall of 1938 and did much to keep our small club and magazine going, while serving five of the next six years, with 1942 being the exception, when Hyde W. Ballard served as President. During these years, beginning January 10, 1938, various AACA members had meetings in their homes. It was also in 1938 that club member George Green and his wife called attention to the club by making an 8834 mile cross country trip from their home in Lambertville, N.J. to California, touching on Canada and Mexico. The over three month journey in their 1904 Oldsmobile was made with virtually no problems. The first published drawing of the club emblem, as we know it today, was designed in 1939 by Mr. Herbert van Haagen of Upper Darby, Pa. Using a power engraver attachment, many months of labor were required for Mr. van Haagen to produce the original master pattern.

Volume 1, Number 1 of the magazine was first published in 1937 and called the Bulletin of the Antique Automobile with the first elected editor being Theodore Fiala. Beginning with the January, 1943 issue, it was renamed ANTIQUE AUTOMOBILE. Through 1944, there had been a number of editors and club membership had reached 400. One of the leading personalities of our Club during this period was Mr. M.J. Duryea, the son of Charles E. Duryea. During the years following, he became Editor of ANTIQUE AUTOMOBILE, and, as such, his influence was felt far and wide.

The first annual banquet was held on March 1, 1941, with 78 members attending. Speakers were James Melton and Ralph De Palma. During the years prior to 1942 the Club held an Annual Outing at the homes of various members. On October 18, 1942 the Annual Outing was moved to the Lamb Tavern in Springfield, Pa., with eighteen cars participating in spite of gasoline rationing! It was already a tradition. As the Club grew, the Spring Meet was held in different locales and farther afield. In 1944 there was an Annual Spring Outing at the Lamb Tavern, with an annual fall outing at the Oak Terrace Country Club, in Ambler, Pa. on October 7, 1944. The year 1943 had seen Mr. Thomas McKean, Jr. become the first AACA life member. On December 15, 1944 a general meeting of the club was held at the Robert Morris Hotel in Philadelphia, where a new code of by-laws was discussed. Though not finalized at this meeting, the resulting by-laws would establish, among other things, the board of directors concept by which AACA would be governed in the future.

The Fall Meet was moved to the Devon Horse Show Grounds in 1946 and this became the site of the annual fall meet. Also in 1946, an invitation to the Golden Jubilee of the automobile industry in Detroit came to AACA and it was decided to drive there with antique cars in a tour group. The name "Glidden Tour" was proposed and this became the first of the Revival Glidden Tours. It was this event that prompted Firestone to make up new tires for these historic vehicles. One of the Detroit highlights came when George Green received a gold-colored Hudson for the performance of his venerable Cross Country 1904 Oldsmobile. This first tour proved so popular that with tires at last available, the Glidden Tour once again became a national institution. As these tours entered new areas, greater interest in antique cars spread and grew, as did AACA itself.

﻿By 1951, the increasing numbers of competing cars necessitated developing a more comprehensive classification system. A committee was formed, which came up with the Junior/Senior system, used first at the Oct. 13, 1951 Devon Show. In time for the 1952 show season, a new eighteen category classification system was put into place that remains the basis for our present evolving vehicle classification system today. The new 1952 classifications included classic cars, "less than 25 years old and pre-1940".

In 1953, the 200 participating cars literally overflowed the Devon Horse Show grounds. The next year our Fall Meet was invited to the Hershey Stadium. During the next 40+ years AACA experienced exciting growth and expansion. The Hershey Show has since assembled over 2,000 vehicles at one time, and the Flea Market has since become world renowned.

The demonstrated flexibility of the classification system, tuned to the times, has been complimentary to achieving this growth. In 1953 early Model A Ford cars were included in a new class 18, "Antique Cars w/four-wheel brakes." No major changes occurred until February, 1957, when a new automotive definition and class was introduced, "Class 20 - Production Cars, 1930 to 25 years of age. In 1959 the 1928-1931 Model A's were pulled from classes 18 and 20, and placed into their own class. In 1960, production car and truck classes were frozen, with a 1935 cutoff date. A 1948 cutoff date was established for classic cars. These rules remained basically unchanged until 1968, when a new rule was introduced, which allowed expansion by one year every other year. Then, the July-August, 1974 issue of ANTIQUE AUTOMOBILE announced the inclusion of vehicles 25 years old and older into the classifications, effective February 1, 1975. This rule continues in effect today. During ensuing years, separate classes were implemented to separate Ford V-8 cars, Chevrolet Corvettes, Ford Thunderbirds, Ford Mustangs, 1955-57 Chevrolets, and others. New categories were developed for "specifically named prestige cars" and "limited production and prototype vehicles". In 1988 the Historical Preservation of Original Features (HPOF) class was implemented, and has proven to be very popular.

In the early years, the Club's financial business was handled by the Provident Tradesmen's Bank of Philadelphia. In 1959, at the invitation of the Hershey Estates, the financial operation of all Club business was moved to office space in the building occupied by the Hershey Museum. Mr. William E. Bomgardner became the first Business Manager, later Executive Director and Editor of the magazine. During this period, AACA purchased a building in Hershey, which is now National Headquarters. In 1986 Mr. Bomgardner retired and was succeeded by Mr. William H. Smith.

During the 1960's, divisions were created to achieve placement of national spring and fall meets in all parts of the country. A cadre of volunteer national judges was formed, and national judging schools began. An annual grand national meet was established at which only senior vehicles would compete, and held for the first time in 1980, on the grounds of the International Salt Co. in Clarks Summit, Pa. In 1988, a trade show was added to the agenda of the annual meeting, and the Premier Founders Tour (1936 and later) was held in Huntsville, Alabama. In 1991 roundtable discussions at various national meets and tours were started, and in 1992 national meet seminars were first held in conjunction with a national meet. In 1994 a new AACA vintage tour (1927 and earlier) was approved to augment the Reliability Tour (1914 and earlier) on odd years, beginning in 1997. divisional tours, shorter in duration than the previously established tours, have been initiated, with the first being held in Manassas, Virginia during 1995.

Growing with the hobby has become a tradition with AACA as times have changed. From 850 members in 1948; 1,400 in 1949; 5,000 in 1954; 8,700 in 1959; 23,000 in 1969; 37,000 in 1976; to over 50,000 in AACA's Golden Jubilee year, 1985, growth has remained steady. Much of this growth can be credited to the outstanding dedication and achievement of the officers and directors, as well as the efforts and activities of the regions and chapters. Beginning with founding of the Illinois Region, the number of regions and chapters has grown to more than 400 today. Innovative approaches to enhance enjoyment by its members, has helped AACA achieve the enviable position of being the largest club in the world dedicated to furthering interest in, and preservation of, antique automobiles and their history. 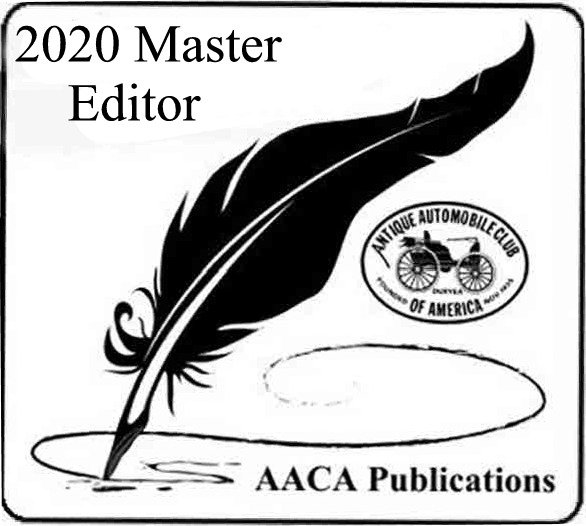 If you have any comments for the AACA Ontario Region Webmaster, please click on the attached link here.